Viewers in the drive-in cinema will be limited to two per car at the open-air venue in Dubai’s Mall of the Emirates.

The drive-in facility opens on Sunday and can accommodate up to 75 cars at a time.

Movie-goers in Dubai frustrated by the closure of cinemas during the Corona virus pandemic will soon be able to watch films from the comfort of their own car at a new drive-in cinema created on the roof of one of the world’s largest shopping malls.

With social distancing is mandatory in the United Arab Emirates to help curb the spread of the virus, VOX Cinemas says viewers will be limited to two per car at the open-air venue, which opens on Sunday and can accommodate up to 75 cars at a time. 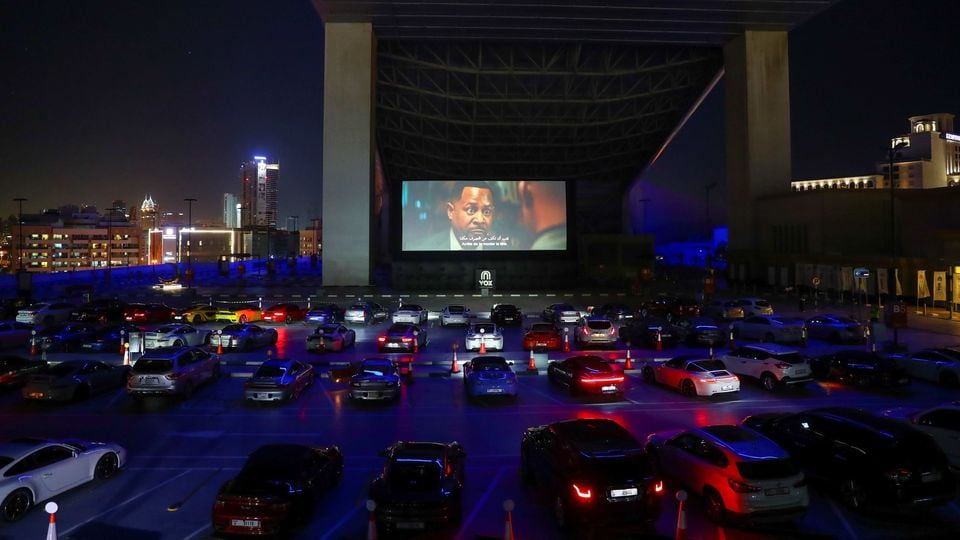 “We keep our social distance so it’s a brilliant idea in my opinion,” Porsche driver Xavier Libbrecht told Reuters during a pre-opening event at the drive-in cinema on Wednesday.

Dubai, the UAE’s business and tourism hub, has been easing Corona virus closures and restrictions since the Muslim holy month of Ramadan began three weeks ago, allowing malls and dine-in restaurants to reopen at limited capacity.

However, children aged 3-12 and people over 60 are still barred from such venues, including the outdoor cinema, which sits on the roof of Majid Al Futtaim’s Mall of the Emirates. The screen stands under the peak of the mall’s indoor ski slope.

“Any excuse to get out the house during Corona virus times,” said Patrick, another member of a Porsche car club invited to Wednesday’s event, at which an action comedy film was shown.